I was fortunate enough to have two snow days this week and, consequently, I have no idea what day of the week it is.  It feels like a Sunday night, but somehow tomorrow is FRIDAY!!!! Woohoo!!! It was a dream to have hours and hours to work on my thesis in the past few days.  […]

Hello all!  This isn’t an actual blog post; I just needed to share this awesome artifact that’s going to make parts of my research so much easier:  the official Griffia website!  It’s still in the process of being completed/polished, but there’s already a wealth of information on it.  One can learn about the universe, the … Continue reading Griffia Website →

Hello, and thank you, to everyone who has shown an interest in my research!  I’m back, and I owe you all an apology for falling off the face of the Earth a few months ago.  I had some major health issues last semester that forced me to take a medical leave of absence, which I’ll … Continue reading Triumphant Return → 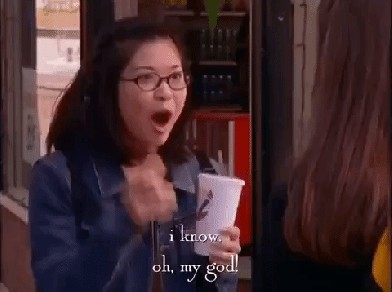 Orange is a color of fascination, enthusiasm and passion; today, I am orange. Everything that drives this thesis is fascination and passion. I couldn’t be more excited that I get to work on something that means so much to me. I am hoping that this post will not be long at all. In brief, and […] 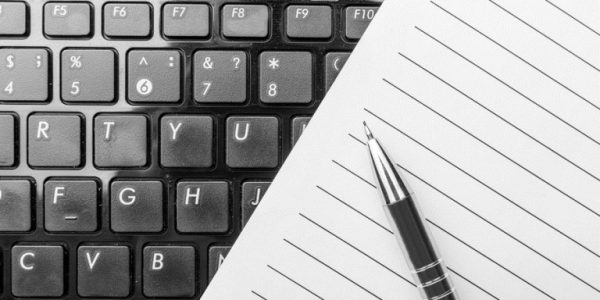 When researching didn’t seem like it could get any harder than that time you sat staring at your computer in preparation for that 22 page paper. Well, for me, it just did. In most cases, I do feel like I am “on to something”, but in others I feel like I have no idea what […] 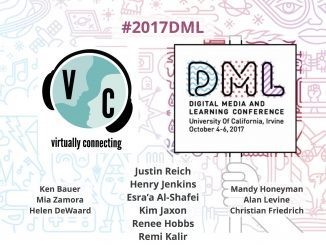 This week has been a whirlwind…and it’s not over yet…. It was a thrill to “Virtually Connect” with the DML conference last week.  A great big thanks to Henry Jenkins and Kim Jaxon and ALL of the participants for taking the time to “meet” with us.  And to our professors for continually providing us with […]

Stressing and Pressing… are we there yet? 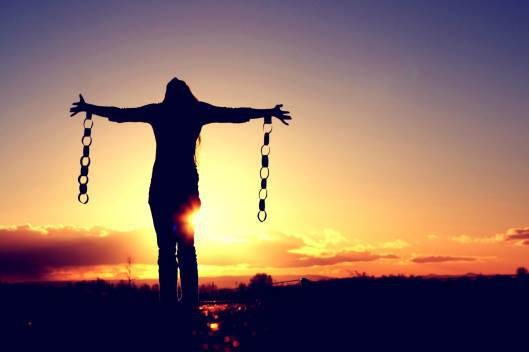 So, with everything going on in my life right now, I can’t say I feel like I have made much progress since my last blog post. I feel like I am literally taking life on a day-to-day basis. Whatever is in my sight in the moment gets my attention, and whatever is outside of my […] 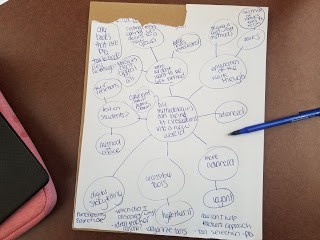 Hello again, readers. Let me start this blog off by saying that I am so grateful for the responses generated by last week’s post! I received so many helpful ideas via tweet, comment, and email, and I am floored by the helpfulness of this community.

In the past week, I’ve gathered excellent resources for my project, and I’m going to list some of them here. First and foremost, I’m going to share my incredibly old-fashioned web of ideas that I made a few weeks ago, and which has been slowly growing in size.

This web actually helped me a great deal. I’m a huge pen-and-paper fan, and it helps me to compile all of my ideas into one place. That being said, last class we were introduced to a few compilation tools that I have already found to be helpful.

First up: Evernote. Evernote has been great for me because it’s a program, app, website, and Chome extension that help the user to compile links from all over the internet into one place, using tags and folders to categorize things. Here’s a glimpse of my saves thus far: 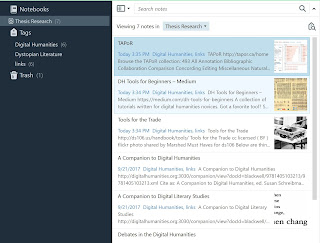 Next up, Feedly. There is so much on the internet, and it’s impossible to track it all, but Feedly has been incredibly helpful. I’m going to attach another screenshot below to show some my DH feed but to put it simply, wow. Feedly has led me down rabbit hole after rabbit hole, in the best possible way. I’ve spent hours pouring over links that I’ve found through the syndicated blogs on my Feedly dashboard.

Since class last week, I’ve thought a lot about how I want to frame my thesis, and how I want to go about presenting my findings. As I’ve said, the most important thing in this project is going to be the presentation of my findings to an audience of educators in the most understandable way possible, and the programs I use need to reflect this. I’m considering breaking my thesis into sections based on the accessibility of the programs I talk about. Perhaps something along the lines of “accessible,” “more advanced,” and “advanced,” based on the programs that I decide to include in my work.
As for programs, it was brought to my attention that something as accessible as hypothes.is could be incredibly useful to both students and teachers for the sake of annotating texts, working in groups, having text-based discussions, and tagging things that might be important later on. One Twitter user, @dr_jdean, sent me this link to a project that was done using hypothes.is, which I found quite interesting. I have personally used hypothes.is to annotate articles both for class and for personal use, and I used it to edit a friends eLit thesis project, which was an incredibly seamless experience (and, as a nod to her excellent thesis, you can check it out here. In addition to being online electronic literature, she published it on Amazon, isn’t that cool?). I think this could be a great tool to talk about in my own thesis work.
Programs like Voyant and Wordle have also come to my attention as things that would be exciting to show students as examples of simple text analysis by way of word frequency. When I was first interested in DH, I was fascinated by word clouds. I think this would be interesting to any student, and could lead to interesting discussions and writing prompts.
Google Ngram viewer would also be an interesting text analysis tool, as it harnesses the data of all of the books on Google books to search for word frequencies. This could be a great tool for text analysis, or for researching authors or themes in literary genres. I am still new to Ngram, so exploring this will be a learning experience for me.
It has also been suggested to me that Google Maps is a tool that could be used to track the lives of authors or locations in texts, in order to present a visual representation of a written story. In considering this option, I thought about authors like the Beat poets, whose lives would make for a very interesting interactive map. Recently, my fiancé and I took an incredible walking tour around NYC, guided by a guidebook called The Beat Generation in New York City and, although it’s a great guidebook, it occurred to me that it would also make for an excellent DH project, as it could help bring literature to life for students.
I would consider the use of programs such as Google Sheets and Microsoft Excel for the sake of text analysis to be more difficult, but I’m still toying with the idea of including such options in my work as an advanced method of DH that might interest students who are more tech savvy. I’ll have to try to learn it first myself, before deciding if it’s an accessible method for my thesis.
In terms of the texts that I’ll be using as basis for the research in my thesis, I’ve come up against the issue of copyright laws, fair use, and public domain. Many new works of literature are firmly guarded by copyright, so it would be difficult to obtain text files for research purposes. This has led me to consider options that aren’t copyrighted, both new and old. The dystopian novels I’m currently considering, 1984, Fahrenheit 451, and Brave New World, are no longer within copyright, so I would turn to sites like Project Gutenberg in order to obtain their text files. However, this also opens up the possibility of exploring works that are recently published and not protected by copyright laws– something else to consider in the shaping of my work.
Last but not least, I’m awaiting the arrival of two books from our great god, Amazon: Distant Reading by Franco Moretti which, as a student interested in DH, I feel the need to own, and Reading in a Participatory Culture: Remixing Moby Dick in the English Classrom by Henry Jenkins, which was recommended as a helpful resource in my endeavor.
I’m getting more and more excited for this project! This was a particularly good week for research, and I can’t wait to see how much more comes of my idea. As usual, comments and suggestions are always welcome!
September 27, 2017

Purified Consumerism in the GremCorps Community: A Mini Discourse Analysis 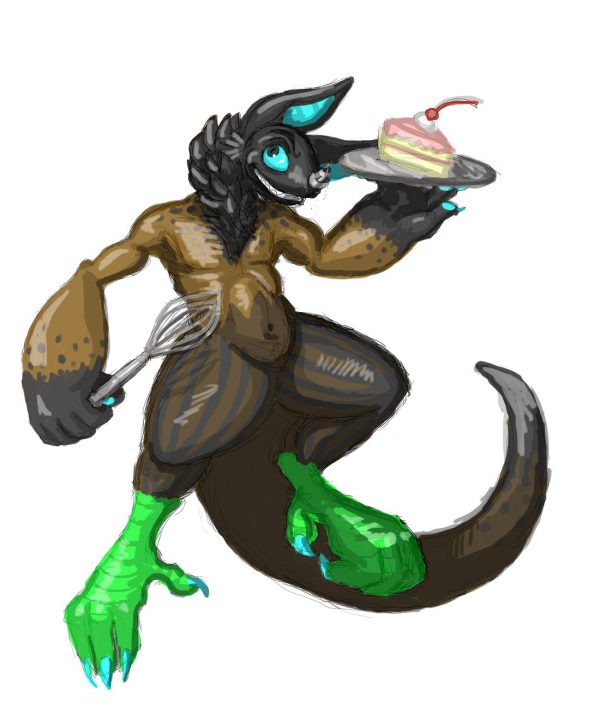 Art and character by me Grem2 species by MrGremble on DeviantArt Last semester I coined the term “purified consumerism” to describe some of the buying/selling/trading practices I had noticed in CS communities.  “Purified consumerism” refers to an informal agreement between a seller and buyer that the product, in this case a pre-made Grem2 character design, … Continue reading Purified Consumerism in the GremCorps Community: A Mini Discourse Analysis →

#DigitalHumanities community, can you help me?

Happy Wednesday everyone!So, today I come to the research and Digital Humanities communities looking for help/direction with my thesis work. As you can learn from my first post, I have an idea of what I would like to do with my thesis. To recap:I still…

CC BY 2022 #ResNetSem is fueled by WordPress

Baskerville Theme by Anders Noren — mods by @cogdog — Up ↑